gratefulness for a bit of light

Round Up Causes Birth Defects

WASHINGTON -- The chemical at the heart of the planet’s most widely used herbicide -- Roundup weedkiller, used in farms and gardens across the U.S. -- is coming under more intense scrutiny following the release of a new report calling for a heightened regulatory response around its use.

Critics have argued for decades that glyphosate, the active ingredient in Roundup and other herbicides used around the globe, poses a serious threat to public health. Industry regulators, however, appear to have consistently overlooked their concerns.

A comprehensive review of existing data released this month by Earth Open Source, an organization that uses open-source collaboration to advance sustainable food production, suggests that industry regulators in Europe have known for years that glyphosate, originally introduced by American agricultural biotechnology giant Monsanto in 1976, causes birth defects in the embryos of laboratory animals.

Founded in 2009, Earth Open Source is a non-profit organisation incorporated in the U.K. but international in scope. Its three directors, specializing in business, technology and genetic engineering, work pro-bono along with a handful of young volunteers. Partnering with half a dozen international scientists and researchers, the group drew its conclusions in part from studies conducted in a number of locations, including Argentina, Brazil, France and the United States.

Earth Open Source’s study is only the latest report to question the safety of glyphosate, which is the top-ranked herbicide used in the United States. Exact figures are hard to come by because the U.S. Department of Agriculture stopped updating its pesticide use database in 2008. The EPA estimates that the agricultural market used 180 to 185 million pounds of glyphosate between 2006 and 2007, while the non-agricultural market used 8 to 11 million pounds between 2005 and 2007, according to its Pesticide Industry Sales & Usage Report for 2006-2007 published in February, 2011.

The Earth Open Source study also reports that by 1993 the herbicide industry, including Monsanto, knew that visceral anomalies such as dilation of the heart could occur in rabbits at low and medium-sized doses. The report further suggests that since 2002, regulators with the European Commission have known that glyphosate causes developmental malformations in lab animals.

Even so, the commission’s health and consumer division published a final review report of glyphosate in 2002 that approved its use in Europe for the next 10 years.
Posted by BABYBEARSHOP

An old Cherokee Indian chief was teaching his grandson about life…
“A fight is going on inside me,” he said to the boy.
“It is a terrible fight and it is between two wolves.
“One is evil – he is anger, envy, sorrow, regret, greed, arrogance, s...elf-pity, guilt, resentment, inferiority, lies, false pride, superiority, self-doubt, and ego.
“The other is good – he is joy, peace, love, hope, serenity, humility, kindness, benevolence, empathy, generosity, truth, compassion, and faith.
“This same fight is going on inside you – and inside every other person, too.”
The grandson thought about it for a minute and then asked his grandfather,
“Which wolf will win?”
The old chief replied,”The one you feed.”
Posted by BABYBEARSHOP 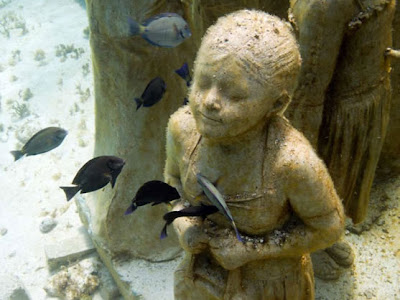 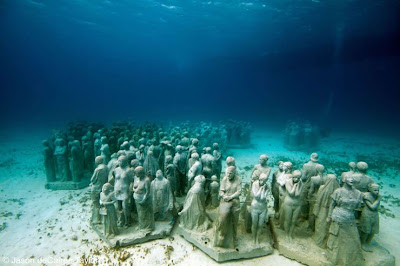 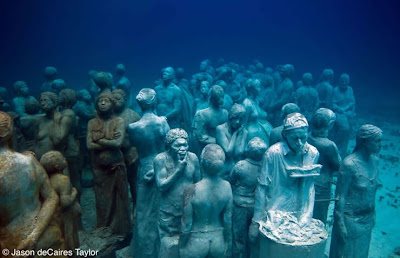 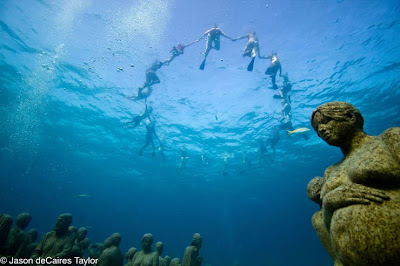 Beautiful imagery of an underwater sculpture garden by jason de caires of cancun. These images reflect my mood today. Kind of a quiet, introspection with more than a bit of sadness...my dreams look like this...
Posted by BABYBEARSHOP 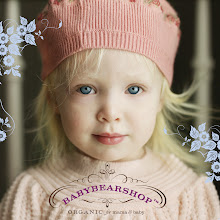 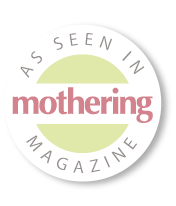